What is the Difference Between 2D and 3D Animation? (With Examples) 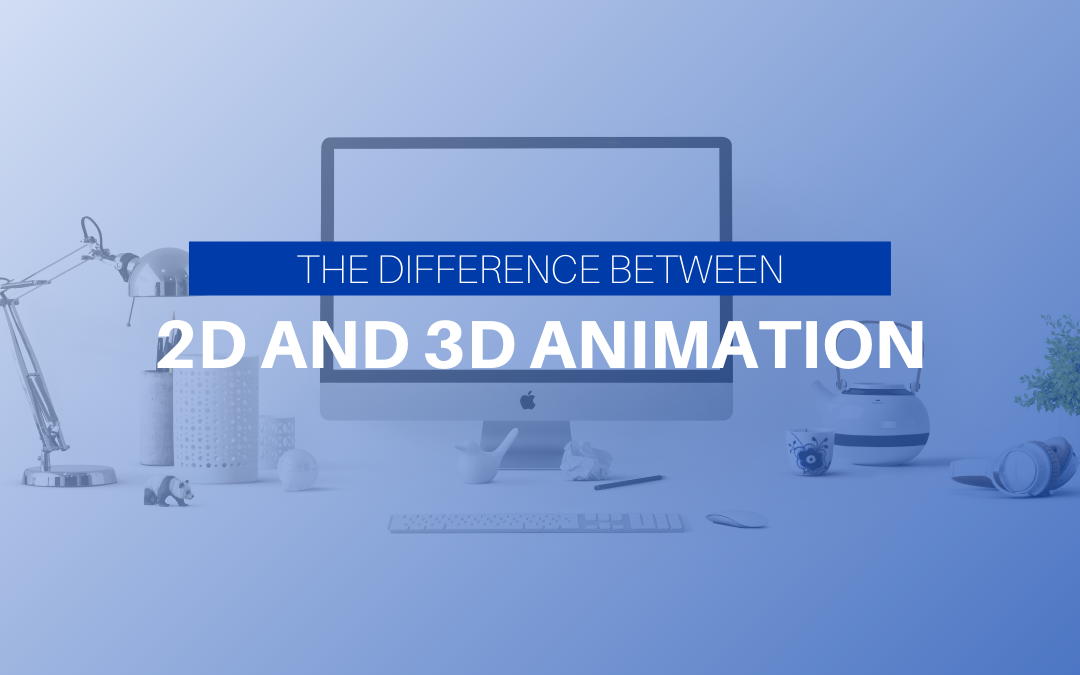 It’s a digital world, there is a trend of graphics and animation. Different illustrations are used to represent a series of emotions. The animation is one of unique art in which moving diagrams and pictures are constructed. There is manipulation in images that are converted to moving pictures in animation.

There are different kinds of animation that are traditional animation, 2D animation, 3D animation, motion graphics and stop motion. 3D and 2D are computer graphics. The primary difference between both types is the dimension in which 2D model of animation covers only two aspects, whereas 3D character includes three-dimensional things like the products in height, width and depth are measured. 2D objects signify only depth and height. Bitmap and graphics are used to create 2D animation. 2D model is the classical or traditional animation model that came into being in the last of 1800. In conventional methods, mostly, the artist used pencils to depict their art, but the advanced process of 2D animation involves the usage of computer software. 3D experience is one of the most overwhelming experiences in which the objects look similar to the physical objects.

The example is the 3D games that have now been introduced in which the gamers feel as if they are riding the automotive themselves in the exact environment shown on the screen. Similar to this, the 3D movies enable us to hear the volume as if something happened nearby and gives a uniquely bright and visual appearance. In 2D the objects or diagrams are drawn using different angles and perspectives whereas 3D objects have several of them.

They appear more realistic and original. Each of the two models has its own pros and cons. In 2D model the objects were drawn from frames to frames. The objects drawing is a continuous process and artists have to bring the missing parts again and again. The animating process in 3D is quite detailed and easy which does not require drawing again and again. The mathematical operations like graphs etc. are used in 3D. A typical film has 24 frames per second. There is a difference between 2D and 3D frame time. 3D animation can be compared to a sphere or a globe that can rotate to 360 degrees because it depicts real images. It is the gift of technology that such original images are detected. 2D includes working on two frames, whereas 3D means working on 3 to 4 frames simultaneously.

The significant differences are listed below:

Animation models are widely used to represent the characters or moving objects. 3D and 2D models are used by artists for the simulation of graphics and emotions. The moving objects are used by artists to demonstrate recent technologies. Even the viewers can tell and analyze the differences that lie in 2D and 3D animations because of their detailed specifications. The characters different lies in the gap of time frame, dimensions, specifications, drawing, software, and costly process.

Walt Disney modified and introduced 2D animation. The example is the Mickey Mouse series that became popular in the nineteenth century and still is popular. There is also a difference in the movements of the objects where 2D animations can only be moved horizontally, and 3D animation objects can walk along both axis. The 2D dimension representation is flat whereas 3D is alive and original. The selection of animation models is also a critical step, but that can be decided to keep in considerations the cost of the animation, the target audience who needs to see the animation.

The prices also vary, and the animation models are selected based on the cost one can spend on the production. The digital world utilizes different techniques and models to represent emotions.

You can also view examples at our portfolio, the work we have done for our clients! At Gram we provide both services but not limited to; 3D Animation & 2D Animation services.

I am passionate about using videos, animations, and marketing to tell engaging stories and deliver powerful messages to the right audience. I watch videos from other studios and write marketing content in my free time.
← Previous: How to Maximize Sales with The Buyer’s Journey Next: Gram Celebrates International Women's Day! →